Sridevi, Born, 13 August 1963 was an Indian actress and producer, who worked in Tamil, Hindi, Telugu, Malayalam and Kannada films. She was the recipient of various accolades, including the National Film Award, Padma Shri award, National Filmfare awards etc. She was married to the film producer Boney Kapoor, with whom she had two children.

“On 24 February 2018, Sridevi was found dead in her guest room at the Jumeirah Emirates Towers Hotel, in Dubai, United Arab Emirates. The official coroner’s report showed that she had accidentally drowned in the bathtub, with unconsciousness cited as a contributing factor.

On 20 February 2018, Sridevi and her youngest daughter Khushi had flown to Al Jazirah Al Hamra in Ras al-Khaimah, United Arab Emirates, to attend the wedding of her nephew Mohit Marwah. She decided to spend a couple of days in Dubai to shop for her eldest daughter Janhvi Kapoor’s 21st birthday, after the wedding.

Her husband Boney Kapoor was not present with them on the wedding day as he had to attend a meeting in Lucknow on 22nd February. However he had already planned a surprise visit to his wife, with whom he spoke on the morning of 24 February, when she told him that “Papa (that’s how Sridevi addressed Boney), I’m missing you. According to Boney Kapoor, he took a 15:30 flight to Dubai and reached Jumeirah Emirates Towers Hotel around 18:20 (Dubai time) in room 2201 where the actress was staying. As per Mr. Kapoor, She and Boney Kapoor briefly met and chatted for half an-hour or so. Afterwards they decided to have dinner.

Sridevi went to bathe and to get dressed for dinner, while Kapoor waited in a living room. After 15–20 minutes, around 19:00, he called out to the actress as they were getting late but was unable to get a response. Kapoor went to knock on the bathroom door, which had not been locked from inside, and sensed that something was wrong. He opened the door and found the actress completely immersed and unresponsive in the bathtub.

It remained unclear whether Sridevi fell unconscious after or before the drowning. He immediately called his friends who were shocked to know that Sridevi had died.

Sridevi was pronounced dead on 24 February 2018 at 19:00 GMT at her hotel room where her husband had found her (as per Boney Kapoor). At first, it was announced by her brother in-law Sanjay Kapoor to the Indian media that the cause of death was a cardiac arrest, but the investigation to her death began early Sunday morning around 2:30, and the case was transferred to Dubai Public Prosecution by Dubai Police, where General Department of Forensic Evidence, Dubai revealed that the cause of death was “accidental drowning”. The toxicology report later also revealed that traces of alcohol were found in her body, and water was found in her lungs.”
Now even for a laymen, it will raise huge suspicion on the manner she passed away and the way things proceeded and linking the events. I would put my analysis of her Horoscope and enumerate detail on how the death was activated as far as Vedic Astrology is concerned.

Sridevi`s Horoscope is given below:

Sridevi was born in Cancer ascendant which is a watery sign. She was born in Sagitarrius Navamsha. Jupiter and Saturn aspects the ascendant and Sun & Venus already placed in Ascendant. Asc lord Moon is exalted in 11th house. Hence, Moon and Cancer makes the person highly emotional and sensitive person. Due to exchange of Moon and Venus and strong Mars in 3rd house being lord of 5th house (house of acting), she became a famous actress. However, due to the emotional and sensitive nature, these kind of people get depressed very easily in life if there are any problems going on. In a fit of emotion, these kind of people can take any kind of extreme steps which they may have to regret later in life.

For calculating or arriving at the age and mode of death, it is possible through Astrology & especially when you are doing the analysis in the hindsight. So here goes the technical details explaining the reasons for death and also explaining her age of 54.51 years.

Sun, Moon & Jupiter all are in Navamsha sign which is 8th house sign in Rashi Chart. As per method of Amsayu calculation, the longevity is Medium (more than 32 but less than 60). There are various methods in Astrology, wherein you can derive the age to the point as well. It is very complex calculation, and varies from person to person depending upon each horoscope. In Sridevi`s horoscope, the number of Navamshas passed on by Sun from Saturn is 55. Hence, the 55th year is the possible year of death.As per detailed calculation, the age of SriDevi was coming at exact 54.51 years which if calculated mathematically comes on 27th February 2018 wherein the actual death happened on 24th February 2018.Jeeva Rashi is occupied by Rahu in 12th house. Mrityu point in the chart is at Sagitarrius 21.5 degrees. When we calculate the distance between Rahu and this Mrityu point, it is coming to 185.12 degrees. If we divide the same by one Navamsha degree, we get 55.54 approx. It is exactly the age at which death happened.10th house is also 2nd from Arudha Lagna gaining double marak (killing) being also 8th from 3rd house. Jeeva Karaka is Jupiter & Mar`s aspect on Pisces is the worst, even worse than aspect on its debilitated sign Cancer.

Timing of Death by Dasha analysis

Mostly we only predict basis Vimshottari Dasha which is very difficult to analyse. However, it must be seen as to which Dasha shall primarily be applicable for the horoscope. In this horoscope, since Sun is in the Asc, Shashtihayani Dasha is applicable apart from others. Briefly analysis of major applicable dashas running at the time of death is given below:

Similarly you can check all the applicable dasha on the horoscope and the results must clearly be indicated by them.

Saturn was transiting in 8th from Moon in Lagna Chart at 12.2 degrees. This point is highly inauspicious as per her horoscope & whenever Saturn in its transit passes at this point and if minimum Ayukhand has been crossed, it causes the native to attain death. Saturn`s Navamsha transit was in 8th house of the Navamsha chart. Rahu (the planet occupying Jeeva Rashi) was transiting exactly at Asc Cusp & degreecally Ketu being 12th of Gulika. Mercury the lord of 3rd house was transiting the 64th Navamsha from Asc.

Presence of 8th lord in Moveable sign indicate death in a foreign country /away from her home. Venus (luxury) aspected by 8th lord and having exchange with Moon in Ascendant also indicates death at a place of luxury for example hotel etc.

Cause of Death- Unfolding The Mystery

Ascendant is in watery sign and placement of Venus afflicted (being aspected by Saturn /8th house lord) suggests that the person will have her last breath in or near water. Lagna Lord Moon though exalted isn`t aspected by any benefic planet but all the more under influence from Rahu. When 8th lord Saturn is aspecting Sun & Venus, it is said that the person gets hit in head accidentally and dies at or near water body (Capricorn where 8th Lord Saturn is placed is also signifying restricted water space or pond). Saturn has the capability to inflicts death on water or by typhoid etc.

In the horoscope of Sridevi, the lord of Ascendant is in the Navamsha rasi which falls in 8th house of Asc chart. In her horoscope, not only Moon but Sun as well as Jeeva karaka Jupiter is in the Aquarius Navamsha. It not only signifies medium longevity but also that there will be no blood relative by her side at the moment of her death & Manner of death shall be 100% accidental. So it is clear that she had actually passed away when she was alone in bathroom. It is amply clear that Boney Kapoor nor any other relative had any physical involvement in the demise of Sridevi and that it was a clear accidental death.Note the Sun is also transiting through Aquarius sign when the death happened.

Whether “Accidental” SuicideSaturn in transit as explained above indicates that Sridevi was under severe stress over last few months and the dasha running signifies ongoing excess expenditures. Mars over and above in transit was opposite Moon which means that the anxiety had increased all the more over last 25 days. Overall for her, she had been under severe anxiety and a little ignorance by lot of close people. While Saturn is under severe affliction, and it does give native high thoughts for suicidal attempts, but the mode of death isn`t a suicide case. Given the very sensitive nature of the person, the flow of emotions is always very high during above normal good or bad times. In a fit of emotional flow, she would have got intoxicated more then what was required and because of intoxication or over intoxication she would have caught into the accident of falling inside the bath tub which cause the death.

There is no involvement of 3rd person in the death of Sridevi and there is no attempt of murder by any 3rd person. It is purely an accidental death. Accident can also happen when when severely intoxicated and taken under severe stress or under emotional fit with negative thoughts only. It is likely that she would have been under stress or under emotional dis-agreement with any family person and under this fit she would have taken excess intoxication. Post when in the bathroom, she would have fallen by her head on the bath tub which would already be filled up and lost consciousness and gets drowned accidentally ending the life of this legendary “Hawa Hawai” actress. 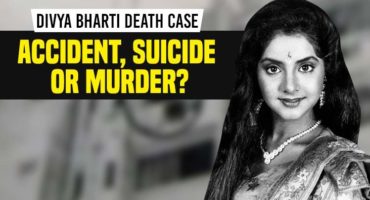 Did Divya Bharti commit suicide or was murdered? Unveiling Death Mystery of Divya Bharti through her Horoscope. 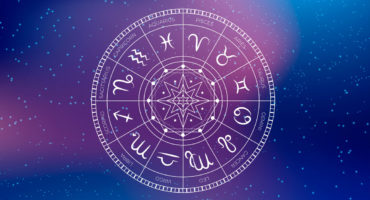 Astrology is a Science